How to Add a Drop Shadow in Photoshop (Step by Step) 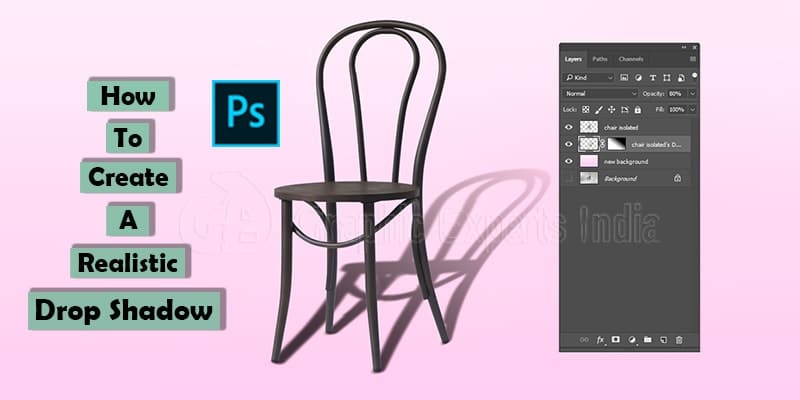 Adding realistic shadows around objects make photos look reliable & professional. Do you know how to give your photographs the true settings?  Or do you know what is the best way to get exact lighting to get the shadows you need? Here we will guide you to add a drop shadow in photoshop step-by-step.

Well, with the help of Photoshop technology, you can successfully do it without using any hardware and lighting equipment.

In Photoshop with expertise & patience, you can get the true settings & exact lighting that can give your product photographs a professional look. The entire procedures need skill, time and understanding of how shadows work.

Please stay with us until the end of this article to know the step by step process on how to add a realistic drop shadow. We will use Adobe Photoshop CS6 but you can easily do it in Photoshop CC. However, you can use one of that software to follow along.

Now, let’s start to explain all of them-

So what is drop shadow?

Well, as the name suggests drop shadow is a Photoshop tool, that when used to a photograph can give it a whole professional look.  It is the process of introducing shadow to the pictures that do not have.

Drop shadow technique is favored to develop the shadow effect of the product that features an inaccurate or faint shadow effect. Also, it is highly applicable while the background requires to be transformed to keep the quality of the shadow.

Embracing this modern technology assists to achieve the best work for the customer. It is one of the ways to make the photographs look more attractive to their professional consumers.

In a word, it a creative solution to bring a new appeal to the photo when used in the right position & with the right graphic designer.

The image drop shadow is the ideal solution when it comes to digital photos. This technique can be applied to add to visual magnificence for natural scenes. The primary involvement is with a product photo.

In order to accomplish the drop shadow, a different layer is made & the photo is high above its bottom layer, then the resolution of the photo is grown up to 72 pixels per inch, and a new photo file is made.

When it is easy to make the drop shadow effect for larger things, it is hard to make the same for the fine items such as hairs, etc. But the problematic job lies in the details. Nevertheless, with plenty of expert services available, one can depend on them for the chosen services.

The drop shadow (DS) technique has transformed the way that the photos of inanimate objects appearance. Already it has proven that performed with accuracy it can provide a magical appeal to the photograph.

An object may contain two types of shadow, one of this is “cast shadow,” and another one is “form shadow.” Here, before Digg in deep let’s learn about those settings.

Now you may ask a question, what is a cast shadow, and what is a form shadow?

The term cast shadow is such a reflection which looks on the floor or different thing typically around the main objective.

The term form shadow is such a reflection on an object that is opposite of the light source.

However, either the cast shadows or the form shadows can be determined by the following parameters.

For understanding a shadows total works procedure, you have to know how shadows work. Cast shadows are blurrier and lighter because they get more from the object.

The difference: drop shadow Vs the cast shadow:

A drop shadow is a rough presentation of a shadow containing the same size and dimension of the object.

So adjusting your image into a three-dimensional cast shadow, it is essential then to follow the above-described procedure so that your shadows always look very realistic and professional too.

Are you looking for a quick way that can help your e-commerce product jump off the page and into the shopping cart? Well, if yes, then you are here at the right place. Here you will get the knowledge about shadows in your photographs for e-commerce business that can increase your sales.

The difference: drop shadow Vs the cast shadow:

A drop shadow is a rough presentation of a shadow containing the same size and dimension of the object.

So adjusting your image into a three-dimensional cast shadow, it is essential then to follow the above-described procedure so that your shadows always look very realistic and professional too.

Are you looking for a quick way that can help your e-commerce product jump off the page and into the shopping cart? Well, if yes, then you are here at the right place. Here you will get the knowledge about shadows in your photographs for e-commerce business that can increase your sales.

How to Add a Drop Shadow Photoshop [Tutorial]:

In this tutorial, I will try to explain a concise process of creation of a realistic shadow in Photoshop by capturing the following things-

Now let’s discuss the main procedure by the following steps.

Step-1: Separate of your target object from the background

Visit this site: What would be the best way to remove an image background by using “MAGIC WAND TOOL”. 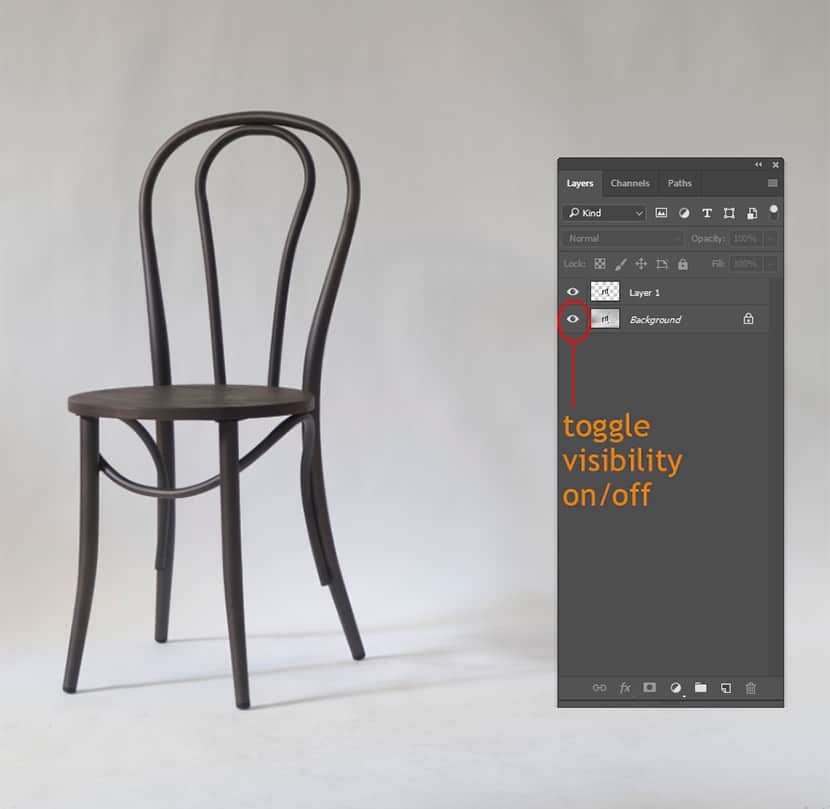 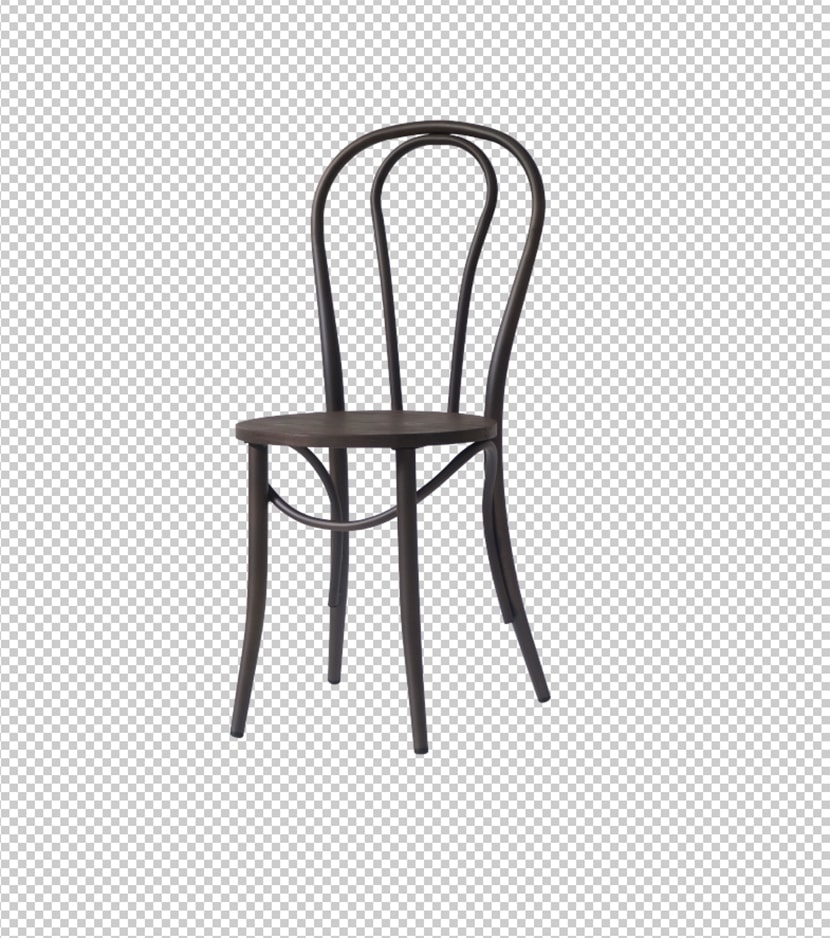 Step -2: Add a unique background behind your free object 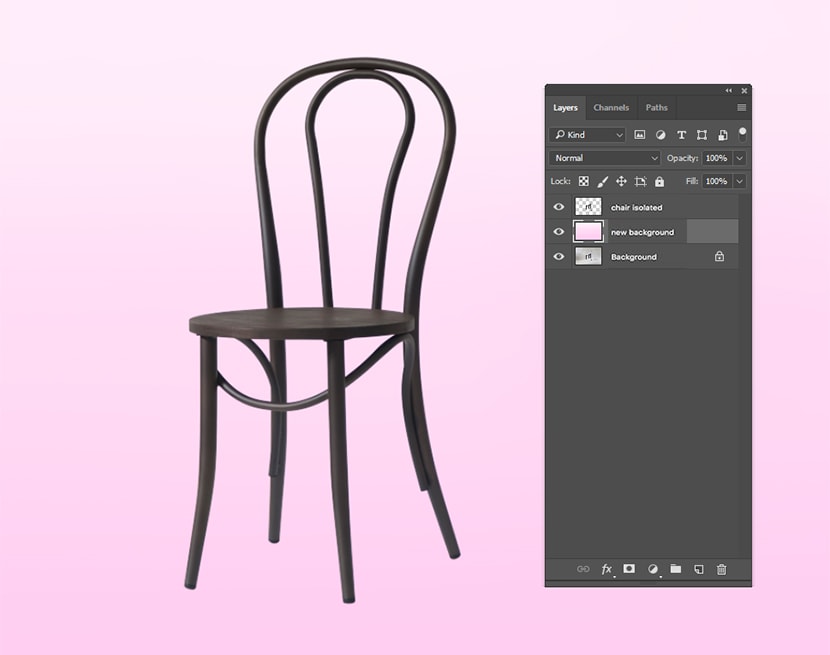 Note: Here, the background was added by covering different grades above the fill hue (color or shade).

After the selection of the form shadow, it will appear as your foreground color. 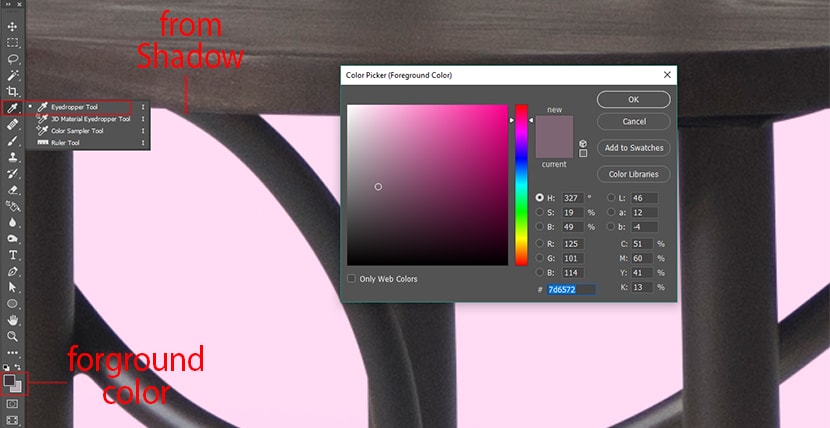 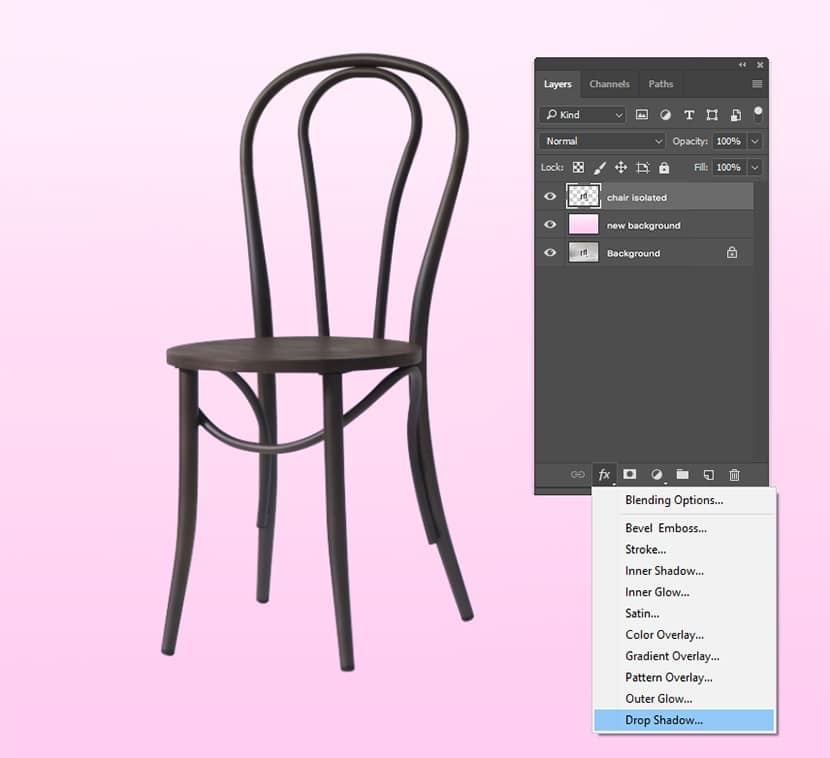 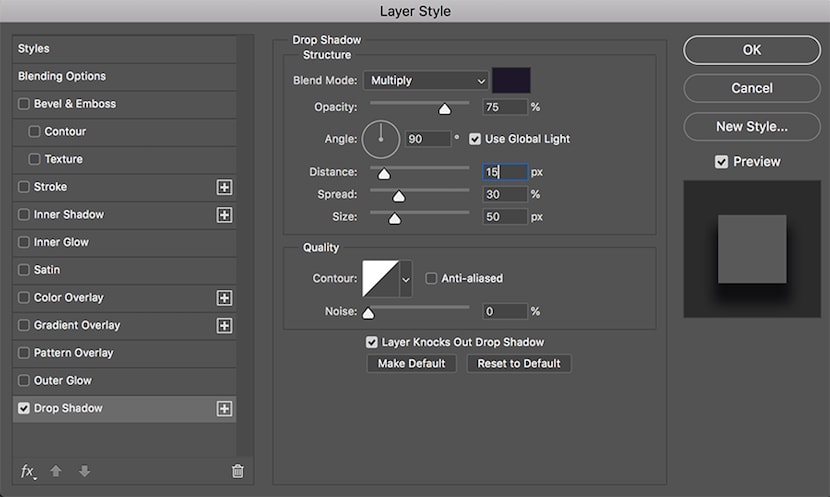 Step-5: Add a layer from your drop shadow

Note: You may find a warning dialogue box when it comes to adding a layer. If you find a sign like that please click on the “OK” option. 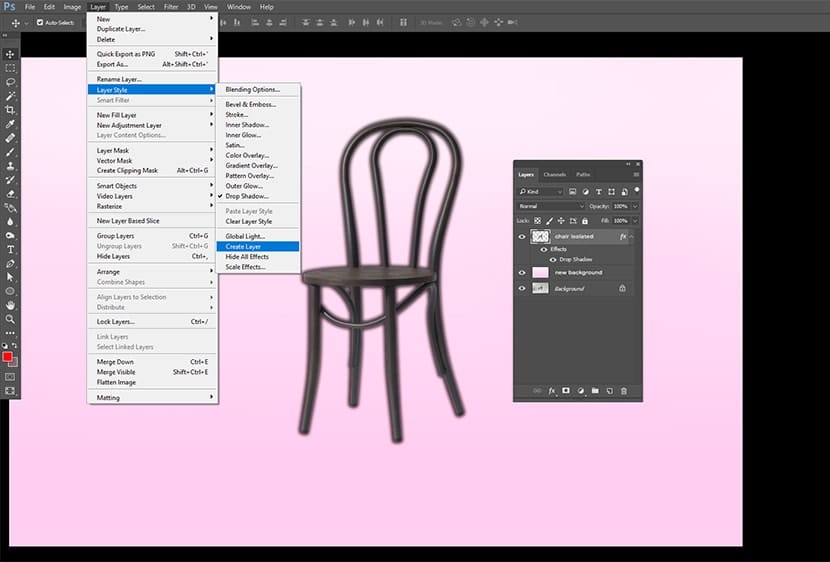 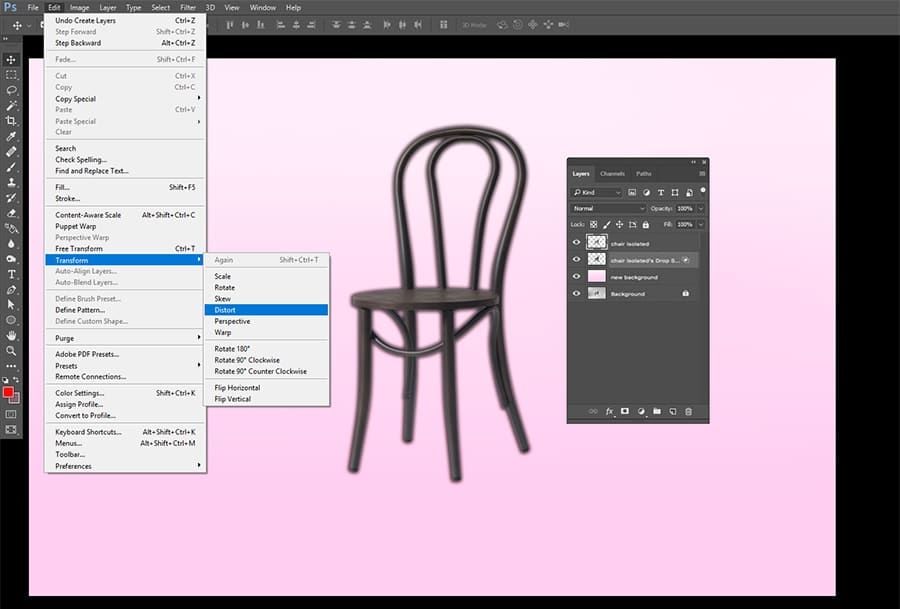 The creative knowledge comes in available here; think about the form shadows are on your image to decide which way the shadow should fall innately and consider the disappearance point of your object to decide how far you need to distort or pervert the shadow. 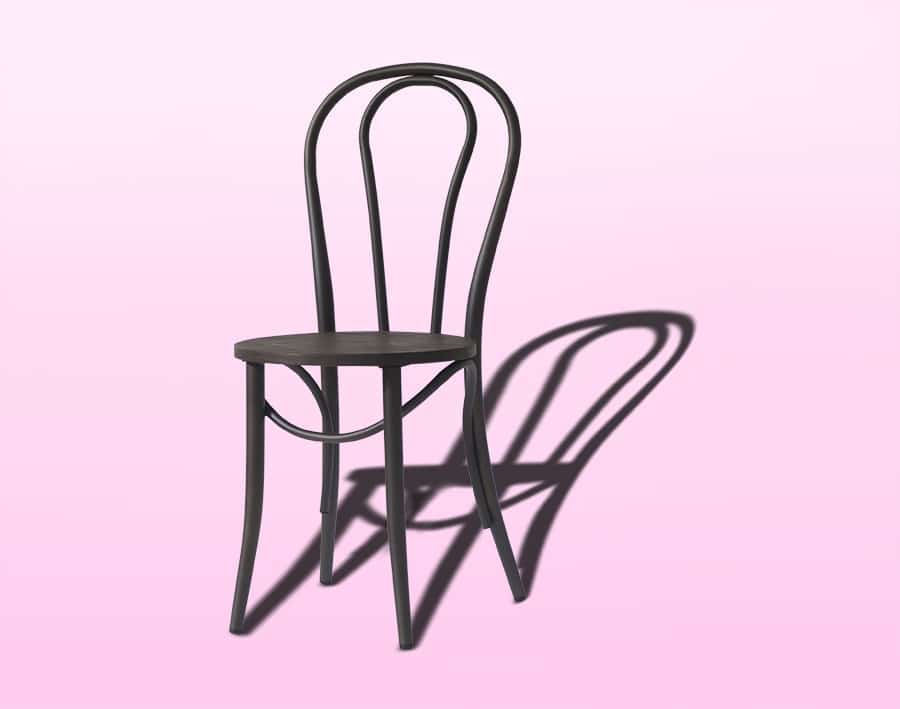 If needed, you can choose the particular parts of the shadow & change them autonomously to make sure the shadow adds all sections of the object that reach to the floor. 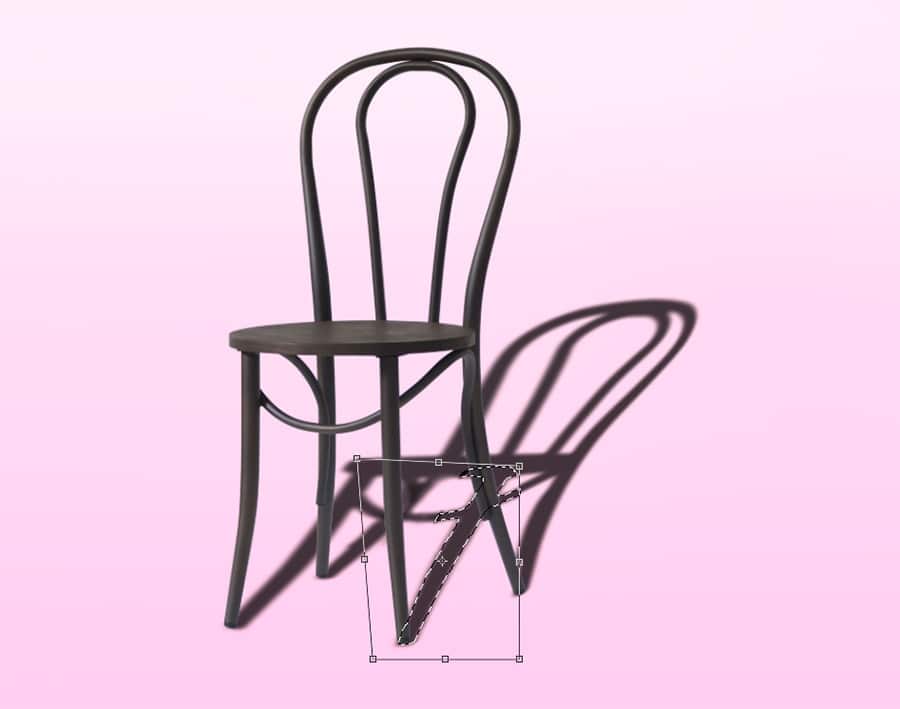 Now the shadow is looking professional & practical. However, you should keep in mind that the shadow becomes blurrier & lighter. So the question is that how can you deal with that situation?

Well, nowadays alpha channel is the best way to deal with the sections of the shadow that requires lightening and blurring. Now follow the instructions below carefully: 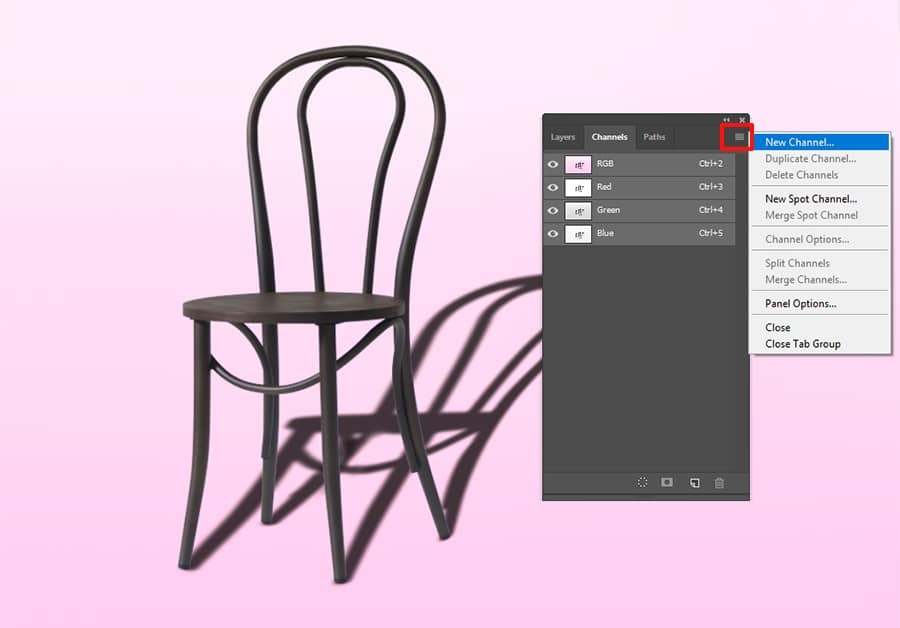 Now open a new channel dialogue box and rename it by ‘Alpha -1’. You need to ensure the chosen area radio button is selected under brightness indicates. 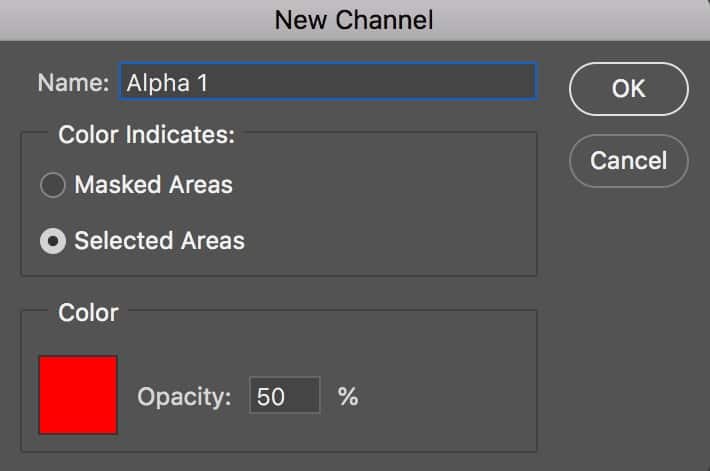 Step-8: Add a gradient within your alpha channel

Note: At the top of your application window in the options palette, ensure the slope is fixed to black to white & the slope type is one-dimensional. 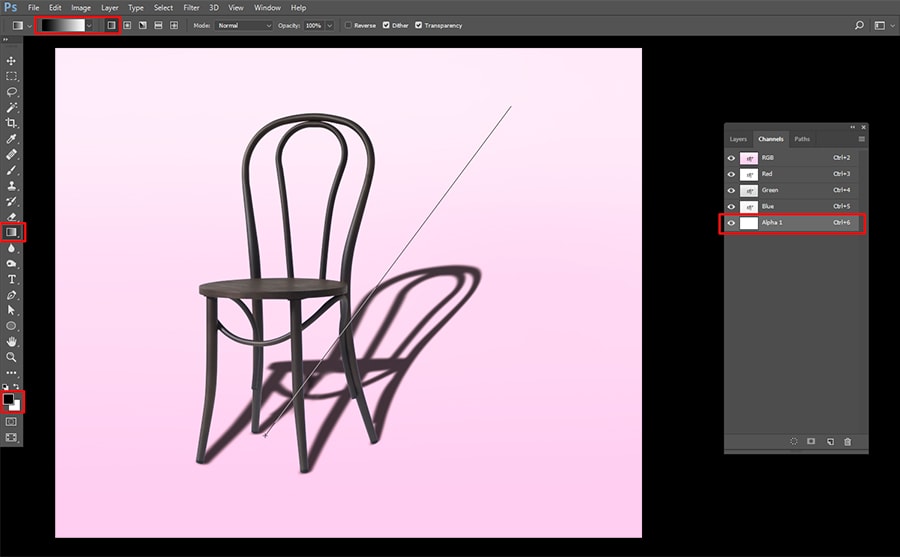 The selection is now ready with a red gradient, which is just overlaying your image now. 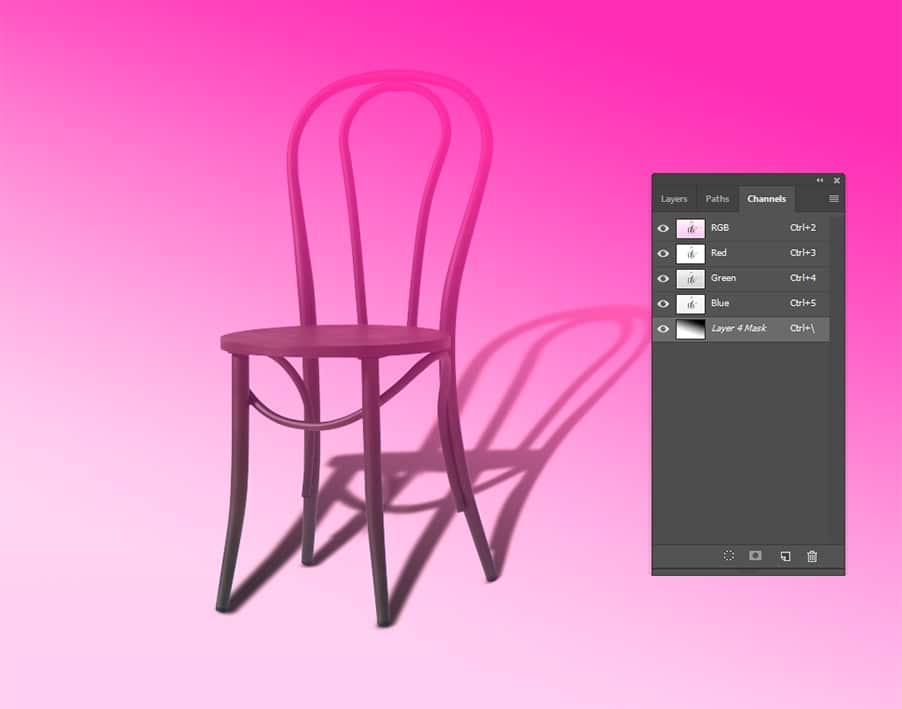 When you add your gradient in your alpha channel, you can find a red gradient on top of your photo, showing how the mask within the channel works together with your photo.

You can make the red gradient unseen by toggling the icon next to Alpha 1.

Note: You can find a dialogue box where you can get the necessary control over the obscure. 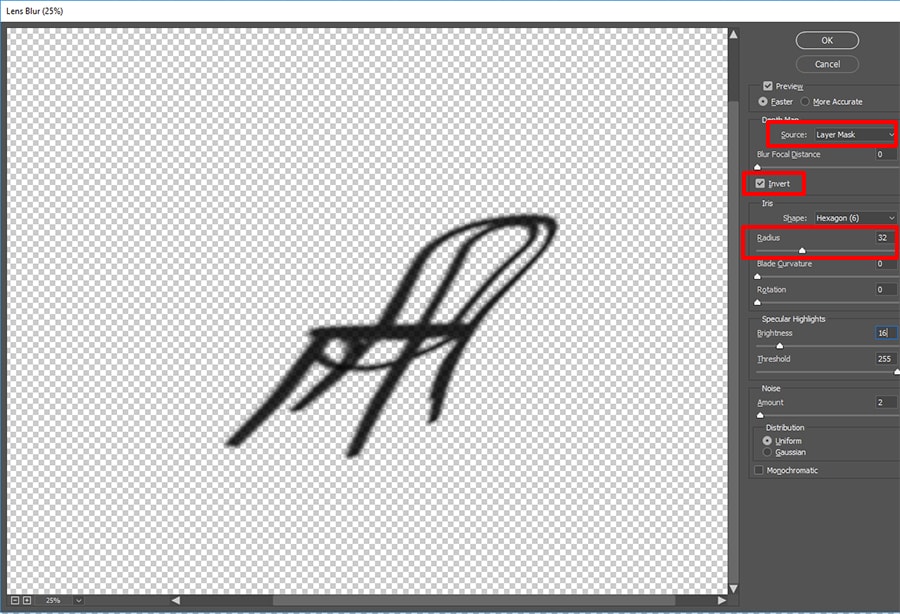 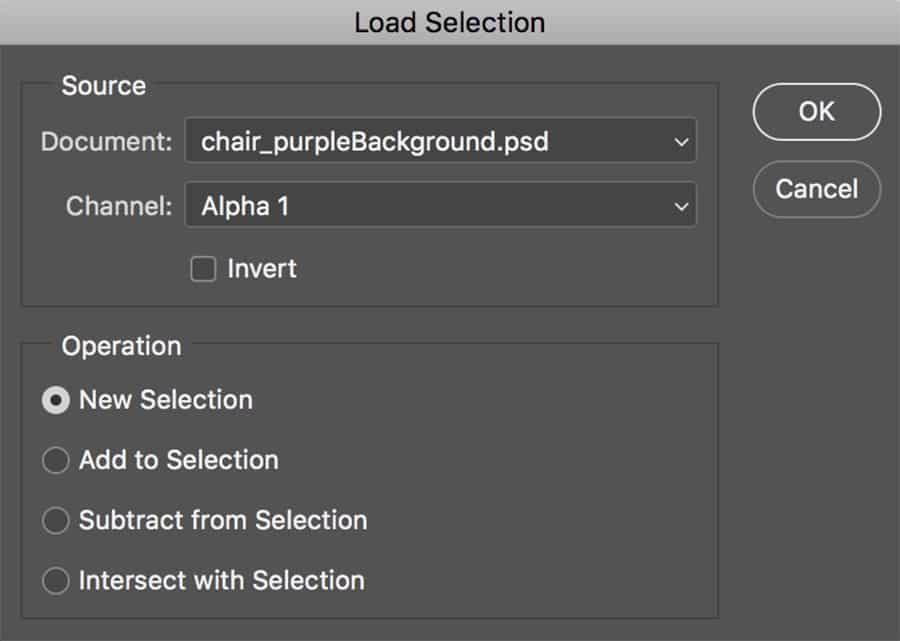 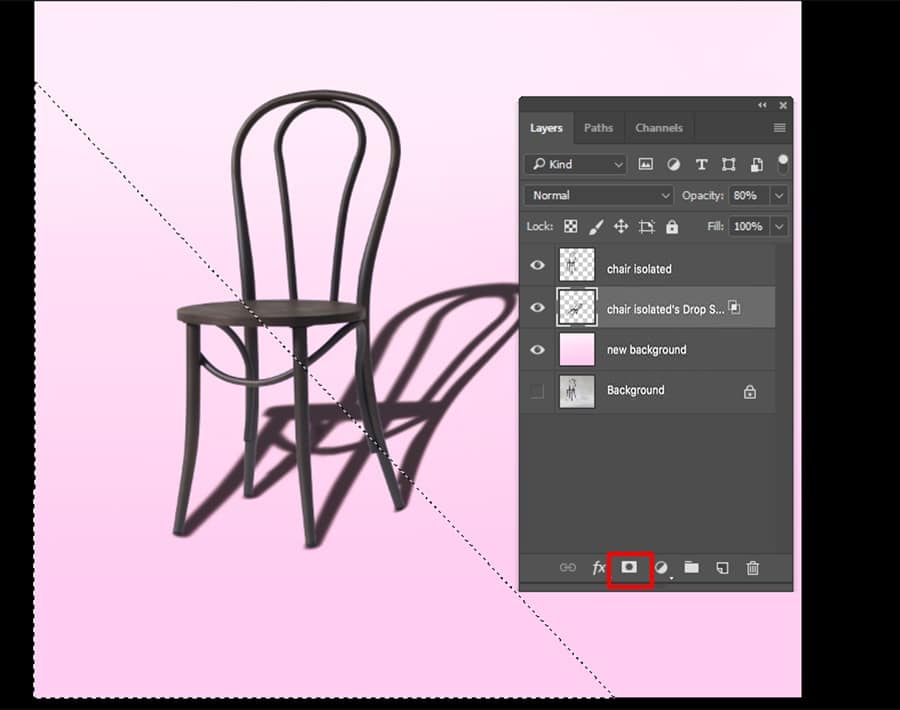 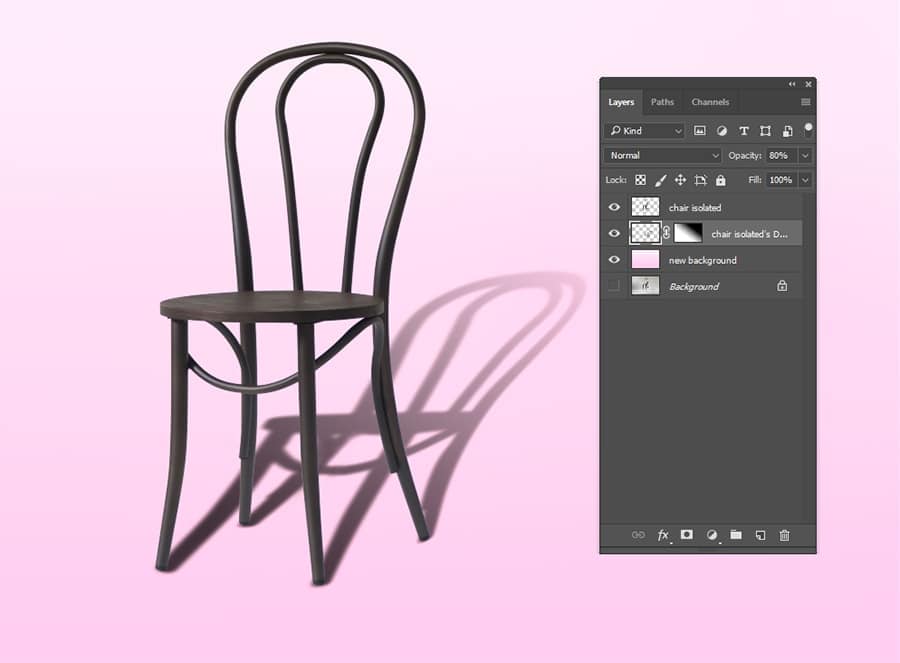 Note: Ensure that the thumbnail around Alpha 1 & thumbnail for the layer (mask) are same.

Finally, you need to ensure that the entire shadow is looking good. You should make sure that no shadow looks frontward of the thing because the light origin drives the cast shadow back to the object.

The simple way to regenerate these shadows is to make a new layer above your product and the use of your shadow brightness and use the brush to paint in the shadows cast on top of your product.

Fix the layer blend style to increase & adjust the blurriness until it meets the entire shadows.

Use the Variety of Shadows

What will you need when you place your object to another image? Well, you may need to add new cast shadows to meet different shadows in the background.

You may need to add new cast shadows to meet different shadows in the background. Once the cast shadow setting is ok, new shadows in a different direction may add here by repeating the entire step above explained here. 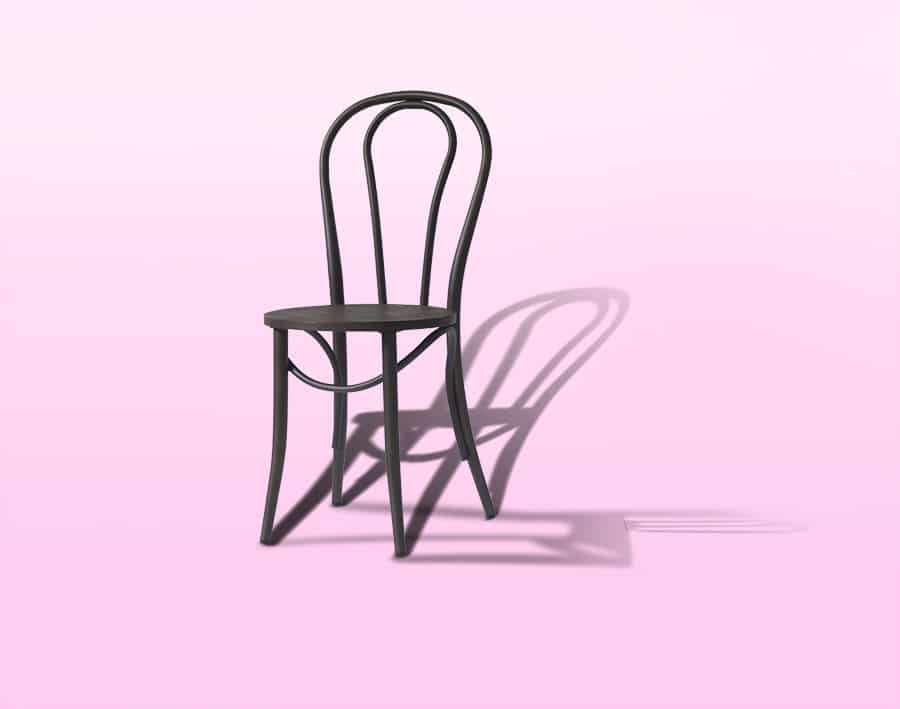 The shadow is customizable and you can easily fix it. Thus you can place it behind the object as well.

Choose the particular section of the shadow with the specific tool (Rectangular Marquee Tool). Now opt for editing, changing and distorting to place the shadow top of the wall. 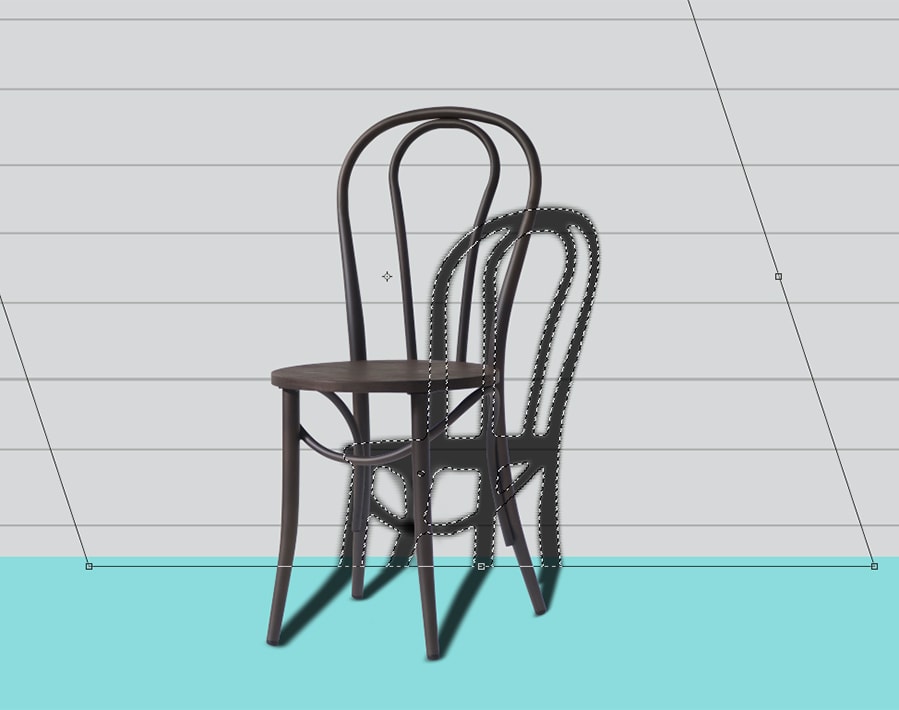 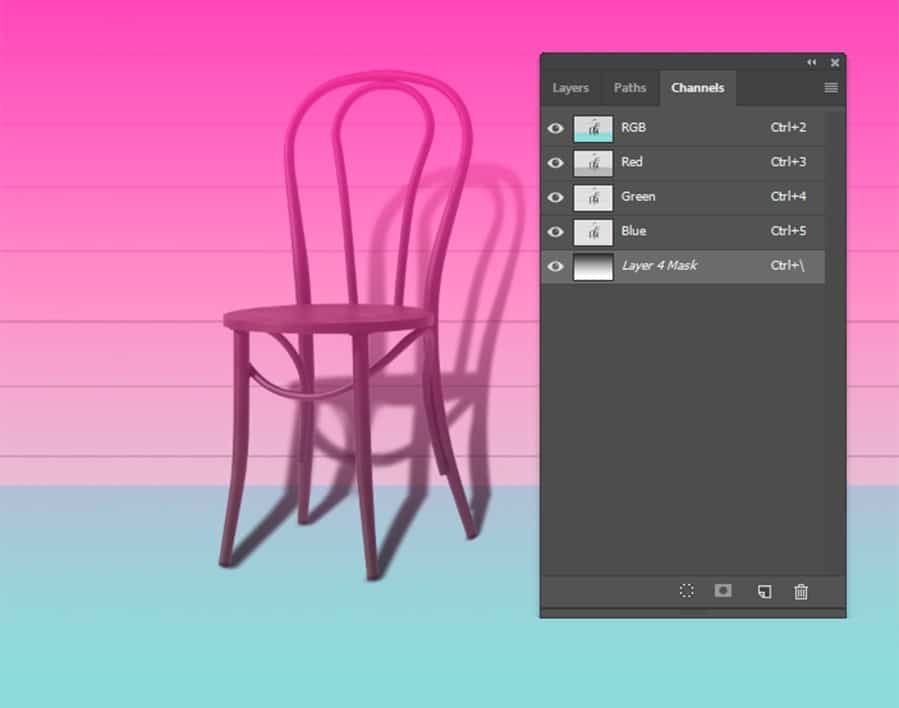 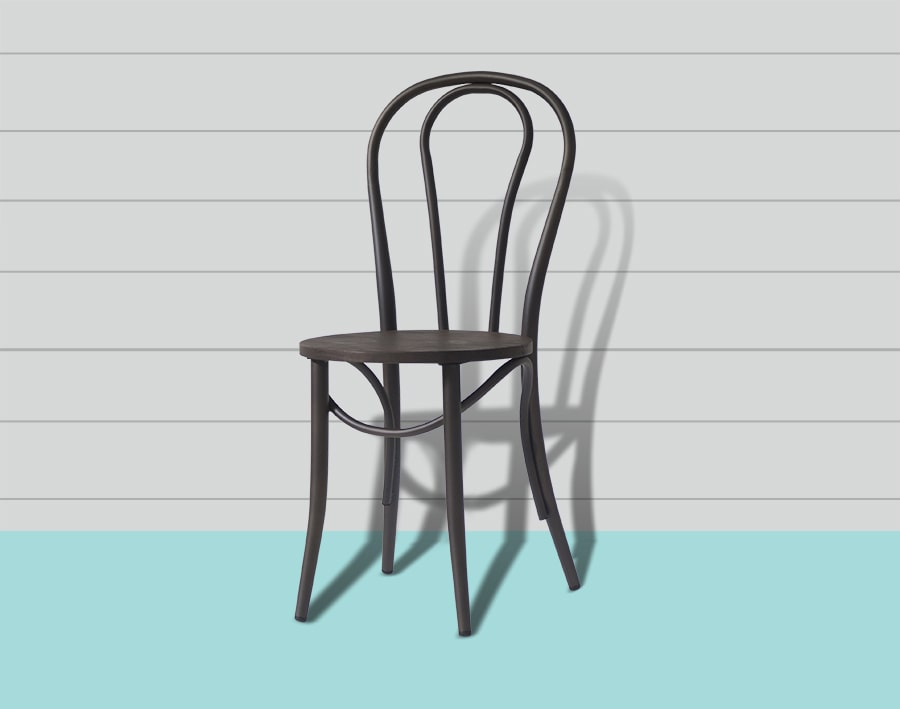 Shadows in e-commerce: When would you use?

Showing product image in a realistic way is an emotional connection between the shoppers now. Using a drop shadow in your photo you can make it really professional looking and authentic. In our eCommerce Image Editing Service, one must need to create a shadow.

Now show the product against a white background. Then add a realistic shadow that assists your product open against the background. Thus you can get an attractive and professional-looking image.

So in online business, very often it is mandatory to use a drop shadow or your business product on your website or page.

The drop shadow method adds the depth & dimension to your product images while doing photo shooting.

However, in some special cases, you need to do some retouching work to make it look natural. In general, a shadow will add depth to a product image. And, it helps to generate a realistic feeling.

Here is an example from the “Amazon”, where you can find drop shadows applied to many photos: 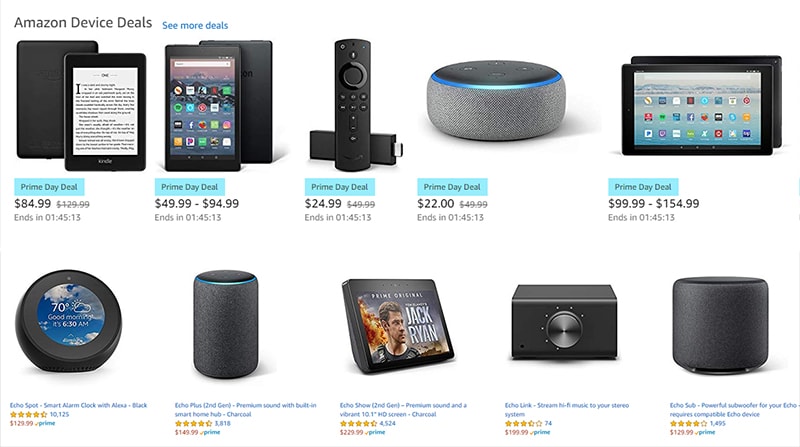 You can find this often in apparel, fashion & accessories.

Note: Note: For example, if you visit a furniture or Home decor category in amazon you will find that people add a drop shadow to their product images (such as under/behind the chare). Thus they create additional depth and dimensional illusion to the flat photograph. 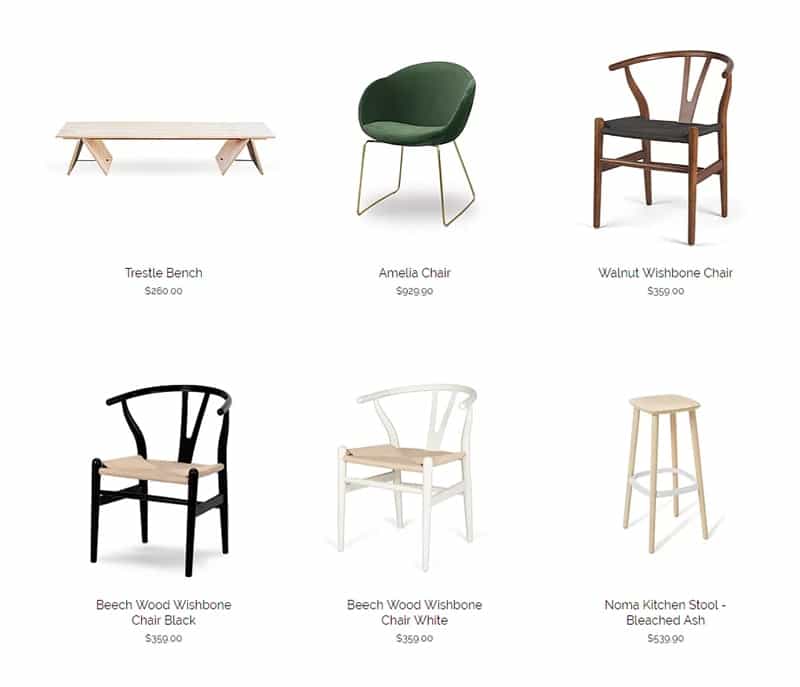 A three-dimensional drop shadow gives us an overall impression of the products surrounding space actually (that is every little shadow where and how just appearing).

We do not want to see any flat image nowadays in any e-commerce store against any product. It does not look natural. Besides if the dimensional look of a product or a person lost, the image becomes unreal. So adding a  shadow in photoshop will help you generate sales and attract the viewer’s eye.

As we have very upgraded technology, so we feel better to modify a flat product’s image into a three-dimensional image with a very realistic shadow appearing with it.

For an e-commerce business, any tiny detail brings us closer to customer satisfaction to a great extent that the customer then feels the real shopping experience.

A 3D image with realistic shadows appearing with it, encourage the customer to set his/her mentality for buying that product just like buying from a shopping mall or vice versa.

So if you are a very competitive owner of an e-commerce business, please don’t be late to keep any product image in your e-store just with a realistic, fantastic drop shadow. 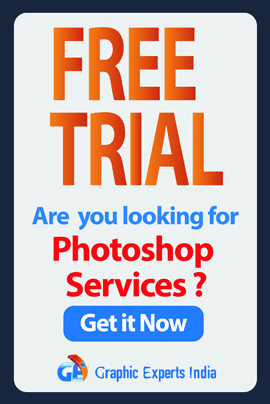 Corona (Covid 19) strike has no impact on our regular photoshop services. We are operating from a safe place and providing 24/7 full production. So, you can submit your order anytime.